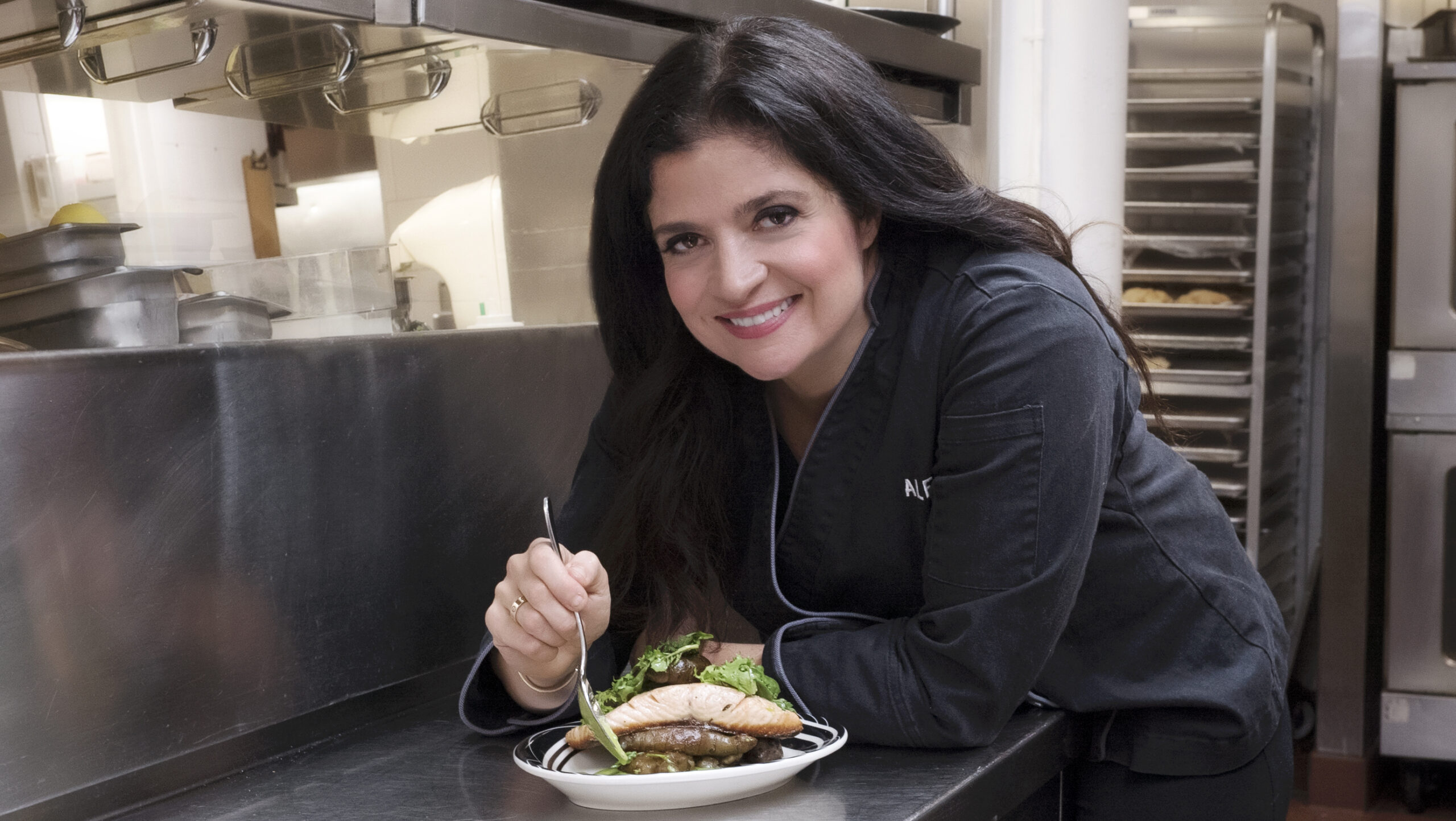 Chef Alex Guarnaschelli is a recurring and guest judge on several Food Network prime- time series such as Chopped, Beat Bobby Flay, Cooks vs. Cons and Bakers vs. Fakers. Alex has appeared as a judge on Food Network’s new series Iron Chef Gauntlet, and as both a challenger and a judge on Food Network’s Iron Chef America where she went on to compete on season 4 of The Next Iron Chef. In 2012, she beat nine rival chefs to win The Next Iron Chef: Redemption and joined the ranks of Kitchen Stadium Iron Chefs.

Guarnaschelli has been featured in The Wall Street Journal, The New York Times, Food & Wine, Food Networking Magazine and Every Day with Rachael Ray. In 2018, she launched her own Food Network digital series Fix Me A Plate, where she takes audiences on an insider’s tour of the city’s best no-frills food spots, and the series has been greenlit for seasons 2 and 3.  In 2019, she signed on to co-host Food Network’s The Kitchen and hosted her own competition show on Food Network, Supermarket Stakeout, which has been greenlit for season 2.  Guarnaschelli released her first cookbook, “Old-School Comfort Food: The Way I Learned to Cook”, in Spring 2013. Her second cookbook, “The Home Cook: Recipes to Know by Heart”, debuted in Fall 2017.

Disclaimer: Due to supply and demand, our virtual events’ package pricing can fluctuate. For the most accurate pricing and availability, please reach out to our team directly at: info@glowevents.com.